A safe place for anyone affected by domestic abuse

The term Domestic Abuse describes the actual or threatened physical, emotional, sexual and/or financial abuse of an individual by a partner, family member or someone with whom there is or has been a close relationship.

Stalking is the unwanted pursuit of another person. By its nature, stalking is not a one-time event. The individual’s actions must be considered in connection with other actions to determine if someone is being stalked.

Are you being controlled?

Toxic relationships can sneak up on almost anyone. And controlling behaviour on the part of a partner knows no boundaries—people of any age, gender, sexual orientation or socioeconomic status can be in controlling relationships, playing either role.

Do you feel safe at home - take our quiz

Everyone has a right to feel safe and free of fear in their own home.

If your partner hurts you, abuses you, or tries to control you this is domestic abuse. It’s not your fault and there is no excuse for this behavior.

Are you concerned about someone?

Anyone can apply for a disclosure using Clare’s Law – designed to protect potential victims of domestic abuse by allowing them to request information about their partner’s past, or that of a person of concern to them.

“I fled my home because of severe domestic abuse and I had to send my daughter to live with my older son as I was also battling cancer at the time so I was unable to care for her. I had already had a difficult upbringing as I was a victim of child sexual abuse and I was unsure how to deal with everything. My partner physically and emotionally abused me too which is why I reached out to Women’s Aid…”

“I lived in a violent marriage for years. I was very naive at first and really didn’t know people like him existed. He would kick me, slap me, push me, trip me over, throw things at me, stand on my feet, yell abuse, call me names like ‘social cripple’, the list goes on and on, but he never punched me…”

“Its not always women who are the victims of domestic abuse…”

Not found what you were looking for?

Our team of dedicated volunteers give their time and skills to help our vital work. They make a huge difference to the work we do. 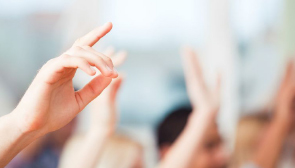 Threshold is committed to individuals having a central voice within the orgainsation, in order to be able to provide continuously improving services. We would like your input. 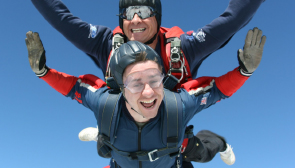 As a charity we rely on funding and donations. The help from our supporters makes a huge difference. If you would like to help us with a one off gift or to make a more regular contribution there are various options:

If you are interested in working with us, please take a look at our vacancies